To share your memory on the wall of Billy Cain, sign in using one of the following options:

Print
Billy Edward Cain of Cadet, Missouri was born on August 17, 1938, a son to the late James Cain and the late Evelyn (Price) Cain. Bill was united in marriage to Judy Marie Boyer and they celebrated many years together.

Surrounded by his l... Read More
Billy Edward Cain of Cadet, Missouri was born on August 17, 1938, a son to the late James Cain and the late Evelyn (Price) Cain. Bill was united in marriage to Judy Marie Boyer and they celebrated many years together.

Surrounded by his loved ones at home, Bill went to be with his Lord and Savior Jesus Christ on Friday, July 17, 2020 having reached eighty-one years of age.

In addition to his parents, Bill is preceded in death by his son, Billy Joe Cain; three siblings: Anna Mae Curtis, Homer Cain and Betty Williams; and many extended family members.

Mass of Christian Burial will be held on Tuesday, July 21, 2020 at St. James Catholic Church, beginning at 11:00 AM with Father Rodger Fleming officiating.

To send flowers to the family or plant a tree in memory of Billy Edward Cain, please visit our Heartfelt Sympathies Store.

We encourage you to share your most beloved memories of Billy here, so that the family and other loved ones can always see it. You can upload cherished photographs, or share your favorite stories, and can even comment on those shared by others.

The Wardrip Family sent flowers to the family of Billy Edward Cain.
Show you care by sending flowers

The Wardrip Family purchased the Love's Tapestry for the family of Billy Cain. Send Flowers

Posted Jul 19, 2020 at 07:35pm
Just I am so sorry for your loss. Uncle Bill was a wonderful man and will be missed. Love you and the rest of the family. Gary and Linda (Meador) Smedley.
Comment Share
Share via:
MS 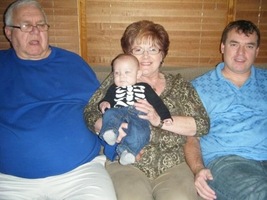 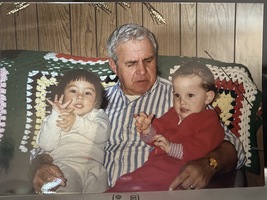 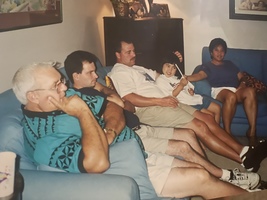 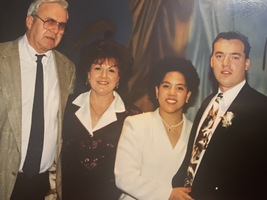