To share your memory on the wall of Jerri Holmes, sign in using one of the following options:

On July 30, 1954, Jerri was united in marriage to Jesse Holmes and they shared nearly fifty-five years together.

Visitation will be Saturday, July 18, 2020 from 11 AM to 1 PM at DeClue Funeral Home. A Funeral Service will immediately follow beginning at 1 PM.

Interment will be held at Redbud Memorial Gardens. Funeral arrangements were entrusted to the care and direction of the DeClue Funeral Home.
Read Less

To send flowers to the family or plant a tree in memory of Jerri Holmes (Benson), please visit our Heartfelt Sympathies Store.

We encourage you to share your most beloved memories of Jerri here, so that the family and other loved ones can always see it. You can upload cherished photographs, or share your favorite stories, and can even comment on those shared by others.

With love, Gina Merseal, John, Jacob, Hali, & Hann, Shamrock Consumer Care , Justin and Julie, and other have sent flowers to the family of Jerri Holmes (Benson).
Show you care by sending flowers

Posted Jul 17, 2020 at 03:58pm
Jesse, Please accept our most heartfelt sympathies for your loss... Our thoughts are with you and your family during this difficult time.

Flowers were purchased for the family of Jerri Holmes. Send Flowers

Posted Jul 17, 2020 at 09:50am
Their is nothing like the love of a sibling, a most precious gift. Aunts are beautiful sparkles of precious love. I love you Aunt Linda & family. 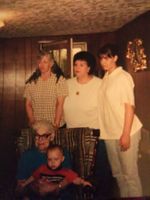 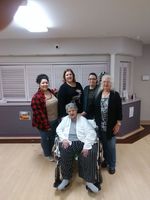 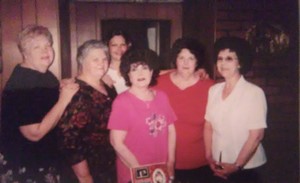 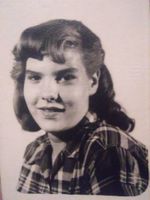