To share your memory on the wall of Wilbert Windmann, sign in using one of the following options:

Wil is survived by many step grandchildren and special friends: Bobbi Golden, Julie Huff, Elmer and Kathy Akers, and Myra Britton as well as many other dear friends from the community.

In addition to his father and mother, Wil was preceded in death by his first wife, Bernice Windmann; second wife, Corine Sue Windmann; and his step son and step daughter.

Wil served his country in the United States Army from August 15, 1944 to June 24, 1946. Wil was a WWII Veteran. During his time of service, he received the following awards: American Theater Ribbon, EAME Theater Ribbon with 3 Bronze Stars, WWII Victory Medal and the Good Conduct Medal.

Interment will follow in Warrenton City Cemetery, by his first wife, Bernice. DeClue Funeral Home was honored to have cared for Mr. Windmann's arrangements.
Read Less

To send flowers to the family or plant a tree in memory of Wilbert Herman "Wil" Windmann, please visit our Heartfelt Sympathies Store.

We encourage you to share your most beloved memories of Wilbert here, so that the family and other loved ones can always see it. You can upload cherished photographs, or share your favorite stories, and can even comment on those shared by others.

Posted May 28, 2020 at 03:03pm
Grandpa we will miss you and always love you. Tell grandma we all said hi and we love her to. Love your grandchildren and great grandchildren. 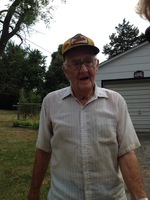 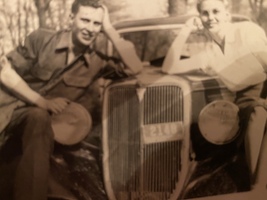 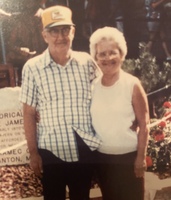