To share your memory on the wall of Virginia Boyer, sign in using one of the following options:

Interment and final prayers will be held at Pleasant Hill Cemetery. All funeral arrangements have been cared for by DeClue Funeral Home.
Read Less

To send flowers to the family or plant a tree in memory of Virginia Lee Boyer (Benson), please visit our Heartfelt Sympathies Store.

We encourage you to share your most beloved memories of Virginia here, so that the family and other loved ones can always see it. You can upload cherished photographs, or share your favorite stories, and can even comment on those shared by others.

Posted Jan 10, 2020 at 12:09am
My condolences to the family. When my husband 'Lloyd and I lived in Arkansas. we enjoyed going to the family reunions hosted by my cousin Virginia and Glen . I got to reconnect with cousins I had not seen for years. My dad,Rolla and step mother ,Margaret spent their summers at their place in Potosi and winters at their place in California.We enjoyed visiting with my parents there and always made it to the reunions,also.Nine years ago my husband and I moved to kingman,Az. Virginia and I enjoyed telephone calls and letters during that time. When my cousin, Judy, called me about Virginia, I was sadden by the news and so sorry for the family for their lost. Patsy[Benson] Sweet
Comment Share
Share via:
PS

I was sadden by the news and so sorry for the family for their loss.God bless you ! Patsy
EB

Posted Jan 09, 2020 at 06:14pm
Your going to be Forever Missed .. I'm sure Grandpa Boyer is Happy to reunite with his Darling Angel again .. Love Eric Nikki Woody Pam Lenny Linda 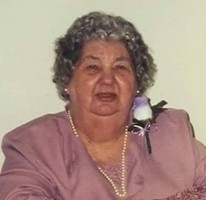 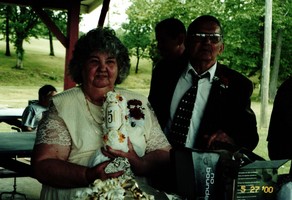