To share your memory on the wall of Annetta Swift, sign in using one of the following options:

The gesture that can change the world

In addition to her parents, Annetta is preceded in death by one infant great-grandchild; four siblings: Linwood (Gladys) Richards, Dorothy (Vivian) Sparks, Margaret Mary (Freeman) Montgomery and Billie Helms; and the father of her children, John Wesley Swift, Jr.

After many years of working at St. John's Mercy Hospital in St. Louis, Ann retired and moved back to her hometown, Potosi. She had many hobbies. Some of her favorites were shopping, going out to eat and people watching. Ann had a special bond with her niece, Nancy Wiebe, whom she shared many treasured memories with. Ann will truly be missed and her memory will forever be held close to our hearts.

A Graveside Service will be held Friday, December 6, 2019 at 11 AM held at Redbud Memorial Gardens with Pastor John Jones officiating.

To send flowers to the family or plant a tree in memory of Annetta Juanita Swift, please visit our Heartfelt Sympathies Store.

There are no events scheduled. You can still show your support by sending flowers directly to the family, or planting a memorial tree in memory of Annetta Juanita Swift.
Visit the Heartfelt Sympathies Store

We encourage you to share your most beloved memories of Annetta here, so that the family and other loved ones can always see it. You can upload cherished photographs, or share your favorite stories, and can even comment on those shared by others.

Posted Dec 04, 2019 at 01:07am
I am blessed to have met miss Ann I loved her dearly and was glad I got spend the last 3 years of getting to know her and help her out when she needed it I think she really liked the company more than anything sure do miss her badly
Comment Share
Share via: 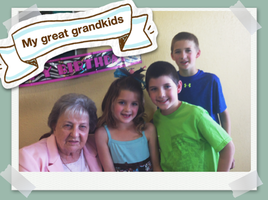 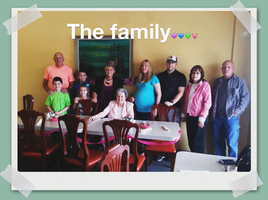