To share your memory on the wall of Darrell Arndt, sign in using one of the following options:

Provide comfort for the family of Darrell Arndt with a meaningful gesture of sympathy.

Print
Darrell Wayne Arndt was born in Hopewell, Missouri on September 22, 1945, to Aulden and Dorothy (Gibson) Arndt. He completed his time on this earth on Veteran’s Day, November 11, 2019, at the age of 74.

Darrell’s family left Hopewell... Read More
Darrell Wayne Arndt was born in Hopewell, Missouri on September 22, 1945, to Aulden and Dorothy (Gibson) Arndt. He completed his time on this earth on Veteran’s Day, November 11, 2019, at the age of 74.

Darrell’s family left Hopewell when he was very young, and he grew up in St. Louis County and Illinois. He was baptized at the age of thirteen in Illinois. Work ethic was very important to Darrell’s mother, Dorothy. She was extremely proud that all of her children worked for a living. His father, Aulden, had lost the use of one arm due to polio, and Darrell always proudly said his dad could back a huge semi truck into a tight space better than most men with two good arms. Darrell began his later passion for golf by walking five miles each way to Greenbriar Country Club and caddying for 25 cents a player from the age of twelve through seventeen.

Darrell began his family very young, and had to go to work, but went back to get his GED, and then took classes that would improve his job classification and pay scale. He was a very intelligent man who later had very high expectations for his children. He had very little patience for anyone who did not live up to their full potential.

Darrell was drafted into the United States Army in 1968 and served in the Vietnam War. The horrors he witnessed affected him the rest of his life. He tried to always pay for any servicemen’s meals anonymously and could not tolerate the U.S. flag being dishonored.

Later in life Darrell married Alberta Morgan on June 10, 1995, and they never took a moment for granted as they shared twenty-four years together. His work ethic continued as he made the gang drive to St. Louis everyday to continue his job as a Maintenance Machinist for Wagner Brake.

Darrell enjoyed deer hunting with family and friends, fishing and camping, but especially loved playing softball. He played until his arthritis wouldn’t allow it any longer. Luckily, his early passion for golf returned when he moved to Potosi, and he would spend five days a week on the local golf courses. He found many hours of joy after his retirement on the courses, but never got a hole-in-one. That is until Jeremy arranged for him to hit golf balls into the old Homestead Gold Mine pit in South Dakota. He told Darrell, “If you can’t get one here, you can’t get one anywhere”.

Darrell was best known for his sharp sense of humor. No one was immune to the pranks he pulled and his punchlines to his jokes that you fell for. He loved to laugh and have a good time.

In addition to his father and mother, Darrell was preceded in death by his daughter, Laurie Hiatt; three siblings: Delores “Dee” Yount and husband Jim, Farrell Arndt, and Rita Daugherty; father-in-law and mother-in-law: Albert and Esther Mitchell.

A Memorial Visitation will be held on Sunday, November 24, 2019 from 2 to 4 PM at the DeClue Funeral Home. A Memorial Service will follow beginning at 4 PM. In lieu of flowers, memorial contribution may be made to St. Judes Children's Hospital. Envelopes will be available at the funeral home.

The insignias listed here may be subject to copyright and / or trademarked. Those copyrights and trademarks are owned by the respective organizations.

We encourage you to share your most beloved memories of Darrell here, so that the family and other loved ones can always see it. You can upload cherished photographs, or share your favorite stories, and can even comment on those shared by others.

Posted Nov 23, 2019 at 09:59am
Our deepest sympathy to Alberta and family. May God bless and strengthen you each and every day.
Lee and Linda Peterson
Comment Share
Share via: 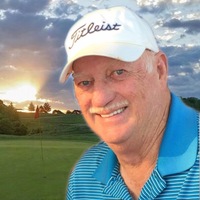