To share your memory on the wall of John Seibel, RPh., sign in using one of the following options:

Provide comfort for the family by sending flowers or planting a tree in memory of John Seibel, RPh.

Provide comfort for the family by sending flowers or planting a tree in memory of John Seibel, RPh.

John is survived by his loving and devoted wife, Darlene Seibel; daughter, Elaine Marie Seibel; two grandsons: Nathan Christopher Warren and Austin Phillip Warren who affectionately called John their Babba. Also surviving are many wonderful brothers-in-law and sisters-in-law, nieces, nephews, cousins and church family who will forever hold his memory near to them.

John was preceded in death by his father, Phillip Seibel; mother, Isabella Seibel; and his step-mother, Helen Seibel.

John was successful in his endeavors. He graduated from St. Louis College of Pharmacy in 1970. John was the owner of Austin Plaza Pharmacy. He served many wonderful customers from Potosi and the surrounding areas until he sold in 2008. He was a proud and dedicated member of the Potosi First Assembly of God. John loved his Lord and Savior and served him with diligence. Elaine, Nathan and Austin were his world. He was so proud of them. John's legacy will live on through his family and will never be forgotten. 2 Timothy verse 7 encapsulates John's life: "I have fought a good fight, I have finished my course, I have kept the faith".

A Funeral Service will be held Tuesday, November 12, 2019 at 11 AM at First Assembly of God, Potosi. Pastor Gary Petty and Pastor Gary Greenlee will officiate.

In lieu of flowers, memorials may be made to the First Assembly of God Youth or Children's Department.

Interment will follow in Redbud Memorial Gardens. Funeral arrangements were respectfully entrusted to the care and direction of the DeClue Funeral Home.
Read Less

To send flowers to the family or plant a tree in memory of John Edward Seibel, RPh., please visit our Heartfelt Sympathies Store.

Posted Nov 11, 2019 at 08:43am
Please accept our most heartfelt sympathies for your loss... Our thoughts are with you and your family during this difficult time. 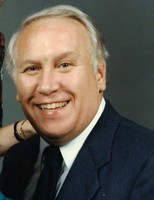 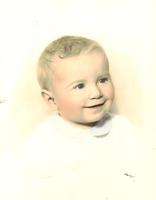 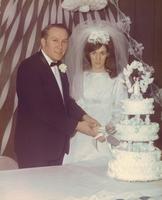