To share your memory on the wall of Timothy Yount, sign in using one of the following options:

Provide comfort for the family of Timothy Yount with a meaningful gesture of sympathy.

In addition to his parents, Tim is preceded in death by his son, Seth Elijah Yount; sister, Paula Eye; special cousins: Jim Yount, Gary Yount and Mike Yount; and many other dear relatives.

Mr. Timothy Raymond Yount was a retired hard rock miner from Washington County M.O. He began his career with The St Joe Lead Company, which was bought out by the Doe Run Company, where he would retire, 38 years later. He was adored by the miners who had the pleasure of working alongside him.

Above all Tim was a family man, he was a provider in every sense of the word. though regimented He could be quite whimsical, whether it be, converting the families hog farm to a motocross track, with a bulldozer or driving cross country 3 or 4 times a year to Safford Arizona, just to relax at the foot of Mt. Graham with his wife Victoria and their Mexican neighbors. Tim had a broad scope of interests. He had a unique taste in music and was rumored to be a formidable guitar player and singer in his day. His interests of late included reading nonfiction/history-based literature, brewing, gardening and riding his grandchildren around on the tractor. He will always be remembered for his dry wit and sense of humor and of course his big heart.

Tim will be forever loved and sorely missed by so many.

Private services will be held at a later date. Funeral arrangements were entrusted to the care and direction of the DeClue Funeral Home.
Read Less

To send flowers to the family or plant a tree in memory of Timothy Raymond Yount, please visit our Heartfelt Sympathies Store.

There are no events scheduled. You can still show your support by sending flowers directly to the family, or planting a memorial tree in memory of Timothy Raymond Yount.
Visit the Heartfelt Sympathies Store

We encourage you to share your most beloved memories of Timothy here, so that the family and other loved ones can always see it. You can upload cherished photographs, or share your favorite stories, and can even comment on those shared by others. 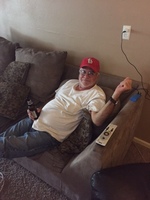 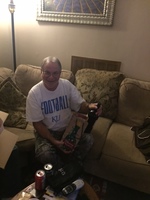 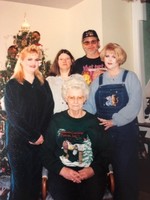