To share your memory on the wall of Brenda Sherman-King, sign in using one of the following options:

Provide comfort for the family of Brenda Sherman-King with a meaningful gesture of sympathy.

In addition to her father and mother, Brenda was preceded in death by her first husband, William "Bill" Sherman and one sister, Debbie (Bowyer) Coleman.

A Funeral Service will be held Saturday, beginning at 11:00 AM held in the DeClue Memorial Chapel. Pastor Gary Golden will officiate. Interment will follow in the New Diggins Cemetery.

We encourage you to share your most beloved memories of Brenda here, so that the family and other loved ones can always see it. You can upload cherished photographs, or share your favorite stories, and can even comment on those shared by others.

Rick Nicholson and With Love, Ashly McCarver, Michael Hodge and Girls have sent flowers to the family of Brenda Sue Sherman-King (Marler).
Show you care by sending flowers

Posted Jun 21, 2019 at 08:06am
Our thoughts are with you and your family during this difficult time. Wishing you peace and comfort.

Posted Jun 19, 2019 at 06:29pm
Our deepest sympathy and prayers to the family. My father, Melvin Lester Marler, was 1st cousins with Rev. Floyd.
Comment Share
Share via:
HS

Posted Jun 18, 2019 at 12:23pm
Our deepest heartfelt condolences go out to Chelsey, Chuck and the rest of the family during this time of sadness.

Flowers were purchased for the family of Brenda Sherman-King. Send Flowers 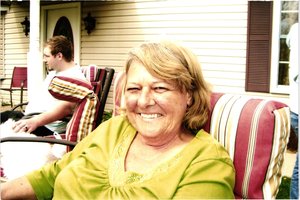 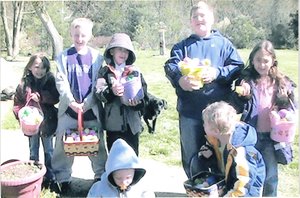