To share your memory on the wall of Barbara Britton-Walls, sign in using one of the following options:

Provide comfort for the family of Barbara Britton-Walls with a meaningful gesture of sympathy.

In addition to her parents, Barb was preceded in death by her first husband, Al Britton; second husband, Jack Walls; brother and sister-in-law: Charles and Judie Osburn; daughter-in-law, Pamela (Hochstatter) Britton; also preceding her in death are many special brothers-in-law and sisters-in-law.

Barb was saved at a very young age and lived her life for Christ. She was a wonderful example of a Christian wife, mother and grandmother. She loved having family time and gatherings. In addition, Barb always enjoyed having guests come to swim in her pool. She would sit outside and enjoy their company. It made her day. She had a very loving relationship with many friends and family. Barb will be greatly missed by all who knew and loved her.

A Funeral Service will be held Thursday, June 6, 2019 at 11 AM held in the DeClue Memorial Chapel with Elder Leonard Compton officiating. Assisting will be Pastor Rick Posey and Pastor H. Wayne Isgriggs. In lieu of flowers, memorials may be made to the Pam Britton Memorial or Caring Hearts PRC. Envelopes will be available at the funeral home.

Interment will follow in the Redbud Memorial Gardens. Funeral arrangements were respectfully entrusted to the care and direction of the DeClue Funeral Home.
Read Less

To send flowers to the family or plant a tree in memory of Barbara Lee Britton-Walls (Osburn), please visit our Heartfelt Sympathies Store.

We encourage you to share your most beloved memories of Barbara here, so that the family and other loved ones can always see it. You can upload cherished photographs, or share your favorite stories, and can even comment on those shared by others.

Posted Jun 05, 2019 at 10:24am
Please accept our most heartfelt sympathies for your loss... Our thoughts and prayers are with you and your family during this difficult time.

Posted Jun 05, 2019 at 01:49am
I didn't know Barb very long... only a little over a year or so. I met her through Myra at Church. I became quite fond of her. She always gave me a big hug on sunday morning... and if I wore a dress that day... she always made sure to tell how pretty the dress was or how nice I looked. I enjoyed getting to know her. she was a strong, stubborn, and funny woman. She always made me laugh. She let me use her pool all last summer, and when I would go to her house, she would always come out and we would sit on the patio and talk for awhile. I cherish those times. we talked about everything, I learned a few things from her wisdom. we would laugh and share stories, we had a good time when we did that. I enjoyed her company. I will miss her dearly, I will miss our little talks, I will miss her hugs most of all. But I am glad that she is with Our Lord Almighty!!! Always to be an Angel watching over her friends and family.
Comment Share
Share via: 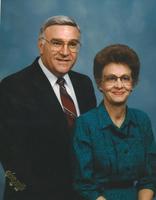 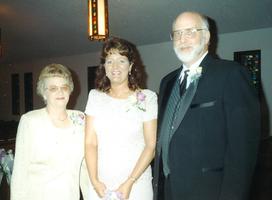 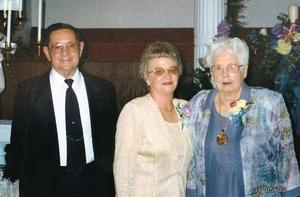