To share your memory on the wall of John Drake, sign in using one of the following options:

Provide comfort for the family of John Drake with a meaningful gesture of sympathy.

In addition to John's parents, he was preceded in death by one brother, Bill Drake and one sister, Martha Jones.

A Funeral Service will follow on Tuesday, beginning at 1:00 PM held at the DeClue Memorial Chapel with Elder Leonard Compton officiating.

Funeral arrangements for John were entrusted to the care and direction of the DeClue Funeral Home, Potosi, Missouri.
Read Less

To send flowers to the family or plant a tree in memory of John M. Drake, please visit our Heartfelt Sympathies Store.

The insignias listed here may be subject to copyright and / or trademarked. Those copyrights and trademarks are owned by the respective organizations.

Your family at Pella Windows & Doors and Barry and Kathy Curneal, Blake Harper have sent flowers to the family of John M. Drake.
Show you care by sending flowers

Your family at Pella Windows & Doors 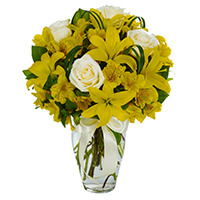 Your family at Pella Windows & Doors purchased the BRIGHTEST MEMORIES for the family of John Drake. Send Flowers 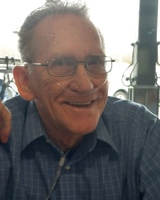