To share your memory on the wall of William Collinsworth, sign in using one of the following options:

Provide comfort for the family of William Collinsworth with a meaningful gesture of sympathy.

Print
William David Collinsworth was born on December 1, 1949, a son to the late William and Lydia (Stricklin) Gray. William entered eternal life on January 3, 2019 at his residence having reached sixty-nine years of age.

William will be misse... Read More
William David Collinsworth was born on December 1, 1949, a son to the late William and Lydia (Stricklin) Gray. William entered eternal life on January 3, 2019 at his residence having reached sixty-nine years of age.

In addition to his parents, William is preceded in death by his father-in-law and mother-in-law, Joe and Mawrie Bergadine.

To send flowers to the family or plant a tree in memory of William David Collinsworth, please visit our Heartfelt Sympathies Store.

We encourage you to share your most beloved memories of William here, so that the family and other loved ones can always see it. You can upload cherished photographs, or share your favorite stories, and can even comment on those shared by others.

Posted Jan 15, 2019 at 11:17am
Very Sorry for your loss. Death of a loved one leaves us with many memories to be cherished. The bible points to a time when sickness and even death will be done away with.
Isa.33:24, Rev.21:4. This all being accomplished by Jesus Christ , his bringing to nothing the one having the means to cause death. 1John3:8
Comment Share
Share via: 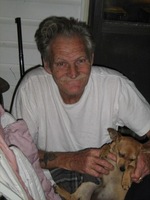 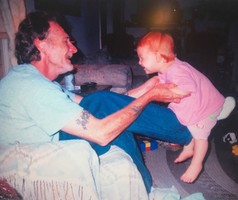 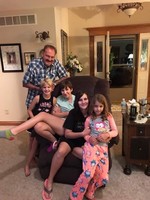